I find it very frustrating tbh i reached stage 17 about 20 times getting done by the 3 Mr X's
I really don't understand the market they are trying too reach for this game.

The element system so wild you can barely workout what you can combo them into or at least let people try them in a special elements training mode too see how things workout and combine stuff, Cos you may never get another chance at them cos some don't come out for such runs.

?Added - SOR4 Mania+ i ain't doing that i can't even do mania still.

I think Survival is actually better than the main game. The progression is more swift and you're actually rewarded as you go through, which is something you need with such impaired player characters vs the enemies. 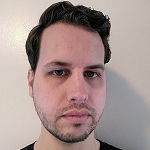 Haven't played this since launch last year due to personal life, but I did hear that there were patches that made the game a lot better according to many. I went ahead and just bought it again on Steam + the DLC, and this has been a MUCH better experience and I still enjoyed it quite a bit even at launch. I used to get curbstomped with Axel by the time stage 3 or 4 rolled around on Easy and I haven't gotten a single game over with him yet (finished Stage 8 ) after jumping right into Hard. I did playtest as Max right before jumping in with Axel and I liked what I saw so far there too.

I had a blast with it last night, definitely is more enjoyable than the first time release (I couldn't get to fully like it until now), practice mode was a very needed feature since this is a game that benefits execution.

Did a stream of it playing cold turkey for the first time and guess didn't do half bad. Might keep doing some just for fun, though I'd still put priority and love for SORmaker mods.

I find it very frustrating tbh i reached stage 17 about 20 times getting done by the 3 Mr X's
I really don't understand the market they are trying too reach for this game.
...
?Added - SOR4 Mania+ i ain't doing that i can't even do mania still.

The Mr.X Nightmare's Survival mode came in handy, a lot of players (and me) was tired of playing the same stages again and again to make better scores, the devs did a better choice of doing a Random Survival mode instead of making new linear levels for the moment, so players will not get enough too soon.

About Mania+, unlike Mania, their IA are a bit unpredictable and is similar to mania from previous games, Signals and kevins walk faster and in diagonal and the yellow cops are tougher than blue cops.

About the new characters, I didn't play too much with Estel because she's difficult to play, but Max and Shiva are a bit OP compared to the original sor4 cast, maybe was done by purpose because they're bosses or was a balance mistake, but without doubt they'll balance then because a lot of players will complain about the infinites and other things.

In general they did a nice job for the DLC, they could do better prev. titles references like this one 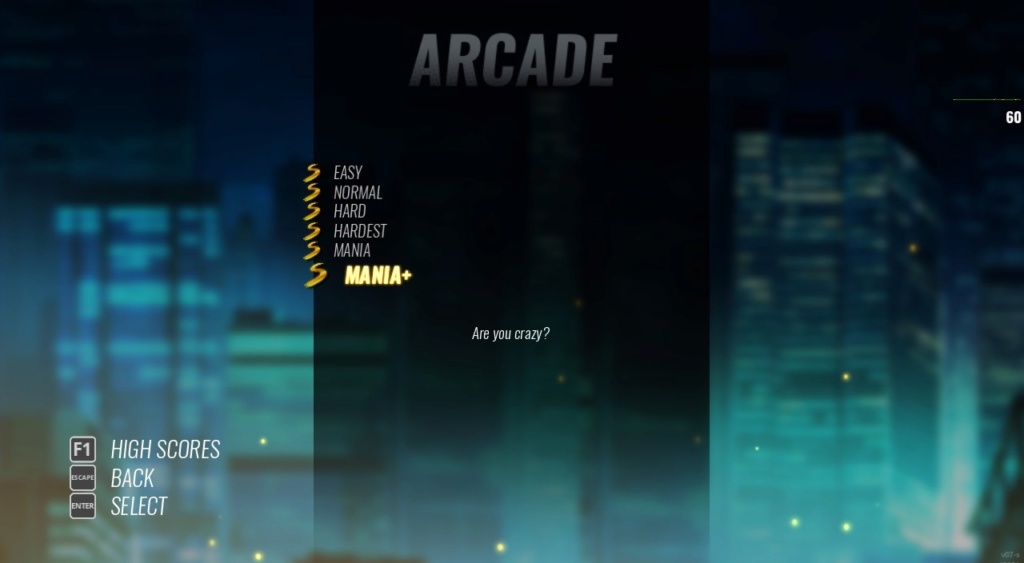 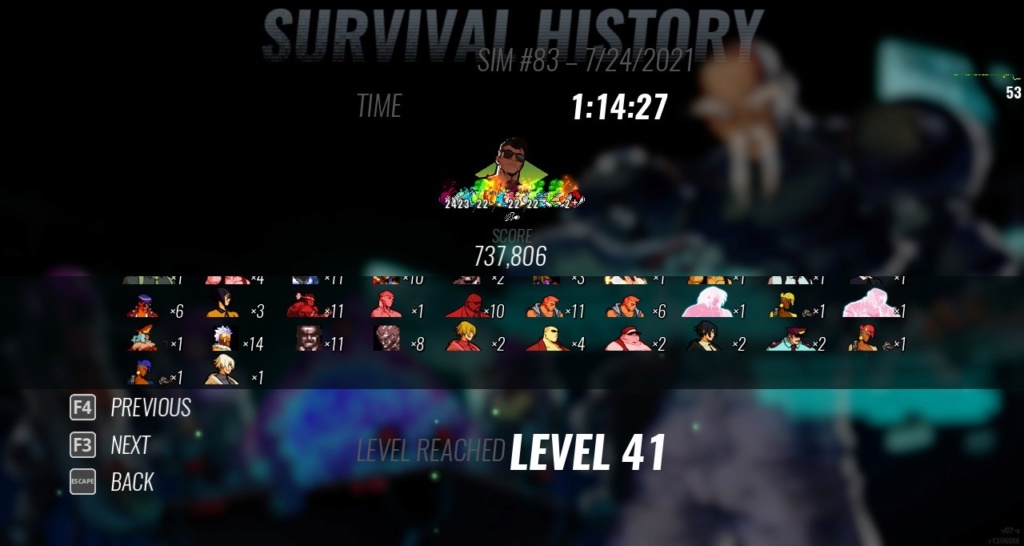 As someone who played since day one I can absolutely say this DLC was needed. Even I had trouble finding my footing with the game as much as I enjoyed it, especially after the first balance patch when Floyd was nerfed. Axel has been extremely tough to use since day one and with this patch he's so much better than before, still a bit challenging but he has the tools to get through without dealing with BS.

More importantly the God of Thunder returns! Just as busted as he is in remake for now and super fun, I'm hoping they focus more on retooling the other members of the cast and don't nerf Shiva and Max too hard, they deserve to be this insanely fun.

Estel could certainly use some buffs but I'm really happy to see here. Two things I immediately requested when it came to new characters was a traditional ninja (which we ALMOST got, thanks sega) and a cop character and she knocks the latter trope out the park. If she had a gun in her moveset I would have lost it lol. The grenade attacks remind me of the punisher, she has fighting moves based on my favorite VF character Vanessa Lewis and most of all Murphy returns as her back up, I'll never use that other star move as long as I live lol.

Anyway, I can't really express in words how happy I am to see more people warming up to the game, I understood a lot of the gripes with the base game as much as I already liked it from the start. The only thing this game needs now is the last 2 veteran characters or at least a small reference to skate somewhere. Not sure if I want to see a streets 5 yet to be honest but if it happens I hope it builds on what's been put down here.
_________________ 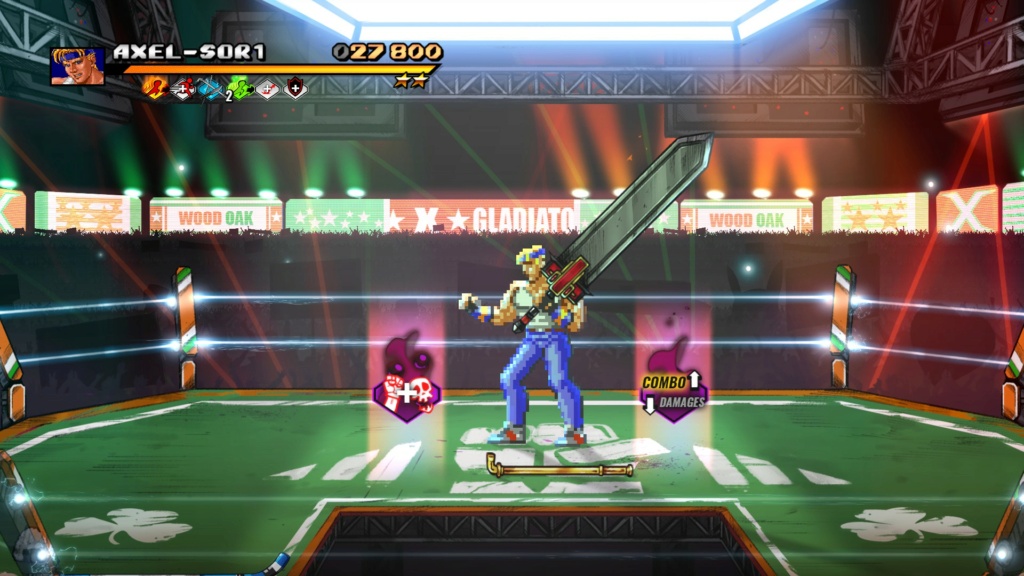 Hmmm, this game got slightly better with the new additions. But for me, it still doesn't cut it. I surely loved playable Max and Shiva, especially the former. But from the artwork to the gameplay to the actual content quantity, it isn't such a deal maker for me, such as SorR. Graphics and visuals are okay, though yet for old timers like me, i enjoy just as well old/retro style. Survival looks nice, especially with the new moves learnt.

I don't like this game very much, to be honest. No running for everybody still bugs me. Assisting player isn't as refined and sophisticated as in here, with all those choices and whatnot. Not all retro players are playable there (Ash?). Also, the enemies there deal insane amounts of damage, even to Max, who here can sustain way more damage, while they are trickier than SorR's, cutting through your moves and breaking your combos like it's nothing. And no playable Mr.X either (i understand he is gone there and he was never officially playable, but still he is my favorite player here, especially coupled with Shiva or Max for co-op).

Will play it a little bit to unlock stuff, test things and try to have some fun, but for me, SorR is top of the tier easily. Only 12 stages there, no bike or boat courses, no endless mods with their own content, no nothing... Nice try, but like half-hearted or something. Sor4 could be much, much more.

graphic of Streets of Rage 4 is great but I think that Anti-damage to enemies in some moves was a really bad idea. This has made the gameplay weaker than previous versions.
I love classic versions and sor remake more that the new one.
_________________ 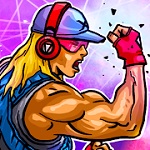