This was a kinda overlooked mini-mod... or probably not liked so much, who knows? Was tempted in not re-posting but what the heck? Let's give it wind again!

Well, after the amazing Final Rage Trilogy mod created by Deusx87 which summarize the whole 3 games of Final Fight altogether, it was truly a shame that it was lacking the Time Attack Mode exclusive for the Mega CD version of Final Fight. So, after feeling a bit inspired by it, I decided to give it a go and, for the sake of completeness, I created this mini-mod for your own pleasure and to measure your skills.

- The three unique scenes designed exclusively for the Mega CD.
- 3 different ways to test your skill besides the original mode to clear as many enemies within the time limit.
- Hub mode to select among these 3 scenes.

The objective of this mod(e) is to eliminate as many enemies as you can within the time or health/lives limit. In the original Time Attack Mode there was a fixed time to beat as many foes as possible, in this mod I'm using the bomb event to emulate this. 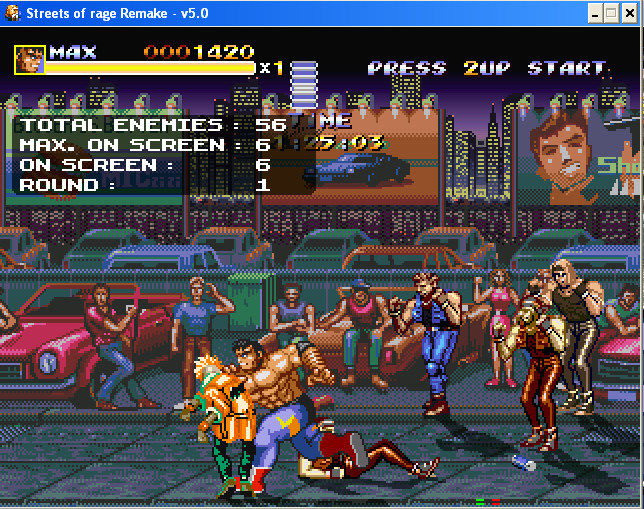 However, since the three scenes in the original game are having exactly the same enemy placement (the scene is displayed according to the character you choose), I've decided to use other methods to play against time and health:


Life Drain Mode, which is using the gas event in SORmaker that keeps depleting your health continuously. Only in this mode certain enemies drop food to replenish your health as you beat them. 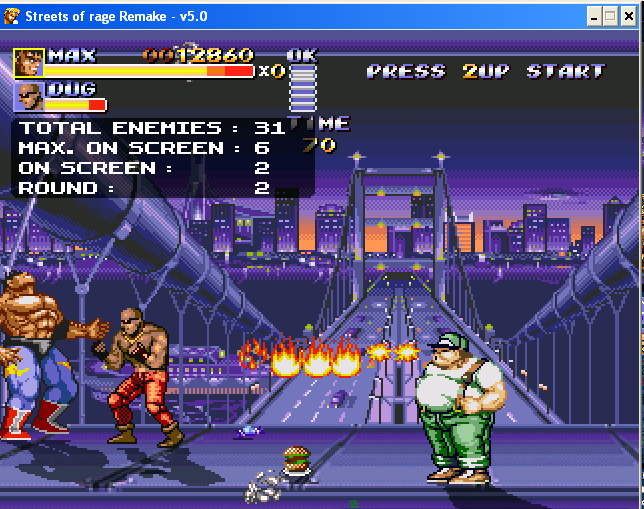 Trap Room Mode which is pretty much surviving the hordes of mooks with barrels and the electric zap in the way. 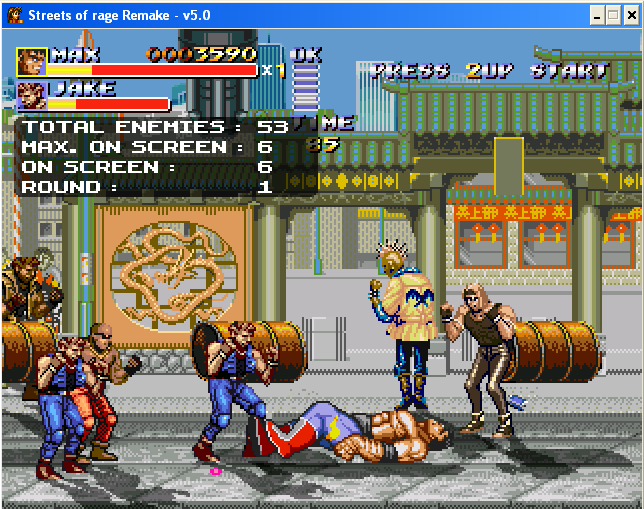 The scenes will keep looping over and over until your character dies.


In order to experience this mod as close to the original time attack, there's some rules and recommendations that we suggest:

1) Set your maximum lives to 1.
2) Set death type as Remake so time keeps flowing and also don't waste time in knocking down enemies.
3) Usage of police specials in charas like Rudra, Ash and Elle is forbidden.
4) I suggest entering this mod through SORmaker so you can keep the display of the remaining enemies per scene (the total are 60 enemies per scene/loop)
5) Any difficulty it's okay, though for the true spice, go for Mania!

6) No cheats allowed (sans the graphical ones).

Follow these directions if you want to have bragging rights and make a leaderboard of enemies killed. Of course, in some modes some characters have more advantages than others (say Max in Cody's Original Mode) while other modes rely mostly in skill regardless of the character you use (Haggar's Trap Mode and Guy's Life Drain Mode). 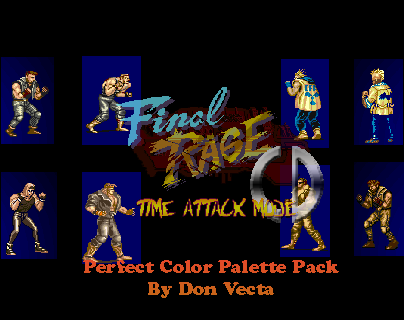 Also, as a way to complete everything perfectly, I'm enclosing a color perfect palette pack based on Final Rage Trilogy by Deusx87. Colors are extracted EXACTLY as the ones from Final Fight Arcade, but only in the enemies appearing in the mod (so no, I didn't edit each and every character in Deusx87's palette pack yet it's still useful if you use this pack in Final Rage Trilogy... in fact, it looks lot cooler, me thinks

Also, I'm adding Chanwa's Final Rage sound pack so you can be even closer to the Final Fight experience possible!