Even though this is about 5 years removed from when I originally planned to release this, I am proud to present my latest SORMaker mod... 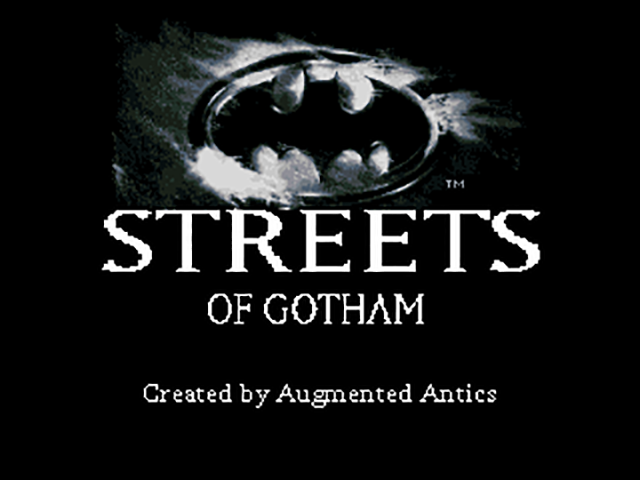 This was originally planned for a 2015 release to coincide with the release of Batman: Arkham Knight, but during the making of it, I encountered a designer's block and was ultimately too demotivated to finish it.  However, since we were all in a Streets of Rage mood lately, I finally decided to plunk down, finish, and release this mod once and for all.

So, if it wasn't already obvious, this mod is based on Konami's 1992 licensed tie-in game for the SNES, Batman Returns, which is in turn based off the movie of the same name.

This mod aims to preserve the spirit of the original game, while at the same time punching above at least a handful of the limitations present with the base game and its system to present more interesting visual effects in a number of areas in the game.

I actually learned quite a bit about both SORMaker and Batman Returns itself during this ordeal (Batman Returns likes to randomize enemy and item placements more than most beat-em-ups I've played, though random enemy placements are extremely subtle), and hopefully I can use some of this knowledge in any future mods I may plan to make.

So, enough backstory. Here's what you can expect:

1. A campaign that remains faithful to the original game, though some compromises had to be made and liberties had to be stretched to get around some of SORMaker's limitations while keeping the game interesting.

2. Cutscenes from the original game, which are not only animated, but are also repurposed to portray the SoR protagonists as the saviors of Gotham City.

3. A built-in savegame that automatically uses the designer's recommended settings for this particular mod. If you do not wish to use this savegame, go into the Streets of Gotham folder and move, delete, or rename "savegame.sor".

4. A campaign that takes liberal advantage of 5.1's features. I mention this because using any version of SORR below 5.1 will probably ruin the game in terms of functionality and aesthetics.

5. Impeccably ripped and converted soundtrack, virtually required for the soundtrack this game has.

6. Anything else of interest that I'm probably failing to mention, and I know I probably am.

7. Enhance the experience with the included "data" mods and Batman Returns palettes for enemies, as well as gothic-themed palettes for the protagonists!

Also note that because the original game was a single-player beat-em-up, this mod is designed in the same vein. So, be careful if you insist on using a second player or CPU ally!

I think that about covers everything. The only thing left is for you to download the mod and have fun!

As usual, if you encounter any problems or oddities, report them to me and I'll look into them.

Minor Update 5-25-2020
--Fixed some enemy names and transparency issues with some backgrounds (having v-sync turned off creates unintended graphical errors with them).

--Pits on the Stage 3 scaffolding section are non-instant death, as well as placing some health at the top of the first section to make it less punishing.

In case GDrive gives you trouble, or complains at you about permissions:
Download from Dropbox

Links have been updated with a tweak to Stage 3 that makes the pits non-instant death during the scaffolding ride. This should make that stage a little less of a pain, now.

Mod's so fine, couldnt help doing two runs of it, back to back.

Really? I checked it out and his sprites are fine on my end. I've not edited the data folder since the initial upload.

Is it certain animations or are all of his sprites messed up?

Was it just him with the bugged sprites, or anyone else along with him?

No problem for me: 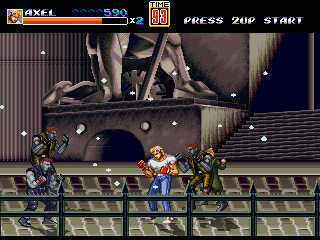