Oh welcome Glisp, it's been a while indeed!

Glisp wrote:Hey guys, long time no see. You probably won't see me on here very much, but I'll try to stop by from time to time. Happy my account finally got verified though.

Welcome back man. Have you ever figured out where the music was stored in memory in the options menu of SOR2 or how that was programmed at all since we played around with it a few years back?

I found that out ages ago. Well at least how to modify music anyway. Red Crimson found the values for altering the music. You can find them in the SOR 2 hacking section of SORonline.

Greetings. Playing SORR is like meeting a old friend. If I can, I will try to get a Saturn styled controller to make it more authentic. I swear to abide by the rules and to be fair and to treat everybody as if they were me. 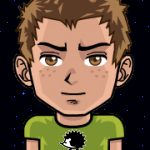 Hey guys, welcome to the club

Just arrived. Great to be part of the community. 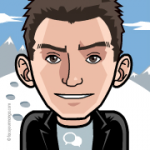 Hey, peeps. Long time Sor fan here. Since my childhood, this saga has been part of my life. I was registered in the bombergames and s0ronline site, though with other usernames. And even though I'm more of a lurker, you can say I've always been around.
Anyway... Welcome to the forums

Streets of Rage? Why not!

Greetings. I am James Lee, and I have been playing Streets of Rage Remake for who knows how long. I like the game, and I like the mods.

However, the mods are down and I am hoping that someone have saved them all. I really like the co-op with the computer AI. I like playing the game to battle against evil, I have the Streets of Rage Collection mods that is made by... I forget who but she's good. I even had some crazy crack-fic ideas (Such as Top Cat/Don Gato being a transforming tokusatsu hero of the game and mods, transforming into any of the six heroes in a bid to take down Mr. X because the prophecy states that "Only a Diamond in the Rough can defeat the syndicate." Thus he becomes the gonzo-as-all-get-out-saban-toei-super-sentai-kamen-rider-styled hero of the game.) Like I said, I am a nerd that is nuts.

Anyways, regardless of how crazy I am, I hope to try and get along with everyone. I vow to abide by the rules and to treat everybody as if they were me.

Welcome to the forum JamesLee

Hey guys how's it going? Big fan of streets of rage here! I was looking for tutorials online for SOR Maker (last week to be exact) and landed on the old forum site 'bombergames.net'. From there I managed to find myself on Don Vecta's Youtube channel watching all of his videos of all the new mods that had been made or were in the making. I couldn't wait to get involved in the community and share discussions with you all about this incredible saga that's been a hallmark on our lives. The names Jonny, nice to meet you.

Hey Jonny, welcome to the forum

Hey guys. Iceferno here. Was registered on the old SoRR forum years ago, but had a bit of a tantrum and left for petty reasons. lol
I'd like to get back into the SoR community and share some stuff around.

I make music and have a number of SoR remixes on YouTube, which seem to be doing quite well. I recently made an alternate SoR1 soundtrack which I could link in here or make a separate topic for, depending on what's better.

I got a copy of SoRR 5.0a at the beginning of the year and, for the most part, enjoy it. Though some mods seem broken, which I guess was fixed in 5.1, so I'll see if I can update.

Looking forward to being part of a SoR group again.

Welcome back! Sorry for the late reply, I haven't been on much these days.

I remember listening to your Genesis Seinfeld remix not too long ago on Youtube. I thought that was pretty good.

Thanks haha. That was a lot of fun to make, but took a little longer than it should because of some of the sliding notes. I'm just surprised it was never done before, the original sounds so Genesis.
_________________