Renegade or Nekketsu Kōha Kunio-kun (Japanese: 熱血 硬派 く に お く ん) is a computer game in the beat 'em up genre, one of the first games from Technos Japan Corporation, released in 1986. The game was the starting point in a series of fistfights with the adjective Nekketsu. In the west it is known as Renegade.

The game introduced the basic laws of the beat 'em up genre: 4-way movement, hand-foot-capture-jump system, different degrees of endurance of opponents. The game has the ability to finish off a lying opponent, then this technique was developed only in the Nekketsu series, and in other games it was almost not used (except, perhaps, Battletoads & Double Dragon).

Plot
The game begins with a short screensaver, which shows the abduction of one of Kunio's school friends - Hiroshi. Upon learning of Hiroshi's abduction, Kunio goes to rescue him. 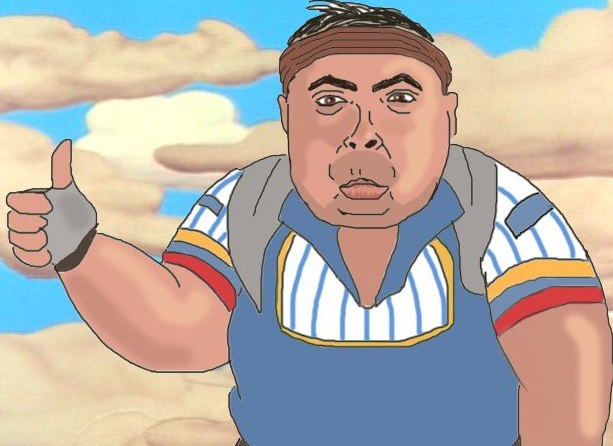