Hello all Streets of Rage lovers, if you loved the golden era of Sega Mega-Drive Genesis you should Back this project. ToeJam & Earl fans unite! This time Sega won't be publishing this game, as indies it now depends on us funding the creators and real owners of this game (Greg Johnson and Mark Voorsanger) with Kickstarter.

The game revisits the format of the original game, featuring 2D character models on 3D worlds with overhead perspective, and is planned to support local coop and online multiplayer up to 4 players.

It will feature old and new earthlings (enemies), presents (items) and added gameplay mechanics:
- Some multiplayer only presents like "switch bodies" as it says, switch the players positions so it can be a good or bad thing;
- Cooperative moves like Toejam going over the shoulder of Earl and use a tomatoe machinegun;
- Each character will have it's unique stats so the gameplay from a character to another will be a different experience;
- There will be hats that you can wear to boost your stats;
- You can improve your character, some of the items can be carried between game sessions;
- There will be rhythm gameplay like toejam & earl 2 and if reaches the stretch goal, they will add the Hyperfunk Zone too.
- And much more...

The game will be DRM-Free as promised by the devs.

Short animated music video promoting the game
Fan testimonials video about Toejam and Earl
Toejam and Earl was a hit in 1991, an action game that was beyond it's time, was one of the first roguelike games, had random worlds, comedy, jokes, lots of good funk music, fun factor and it had a unique personality. All of that with splitscreen cooperative gameplay.
More info: http://www.hardcoregaming101.net/toejamandearl/toejamandearl.htm

At it's Kickstarter page there is some videos and some screenshots of its very early prototype of this new sequel. That's why you must understand that it's not the final look, but only a concept of the working gameplay.
It will be released first for PC (Linux, Mac and Windows) and if it reaches stretch goals versions for videogame consoles will be ported sooner than it would be: PS4, XboxONE e WiiU. 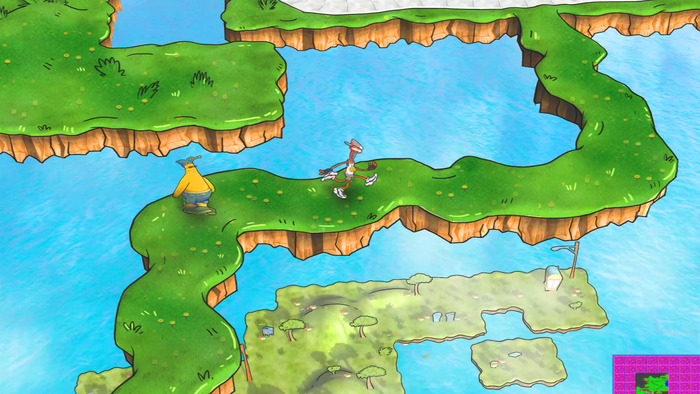 Now, don't forget to BACK and SPREAD THE WORD about this good news.

If you have any questions ask the creators at kickstarter or over their facebook. They are really cool.

Cheers! May the funk be with you.

PS: I hope it isn't a problem to promote this beloved indie game to Sega fans. Sorry if it was. 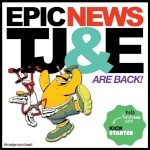 Hey there!
Yeah, we already talked about it but it's a good thing you created a topic for it as I think it deserves more visibility.
I also backed the project up right in the beginning, I see they're 3/4 of the way now, really hope they're meeting their objective.

After it ends I will be anxious for the game release.
Icebweb, did you pledge enough for VIP (restricted forum access to the game design board)?
_________________

And 3 hours after my last post, it made it to the 400 000$ goal!
So happy a SEGA classic is gonna get a new game without the interference of SEGA.

Yes! Congrats guys! Glad to see this made it's goal.

Thanks Saven!
Finally a great classic from 16bits is comming back!

Iceweb, at least US$60. You can buy an add-on and sum it up to your current pledge to achieve it.
Could be a vinyl figure plus soundtrack, for example. Or you can simply change your pledge to Peanut or Digital Peanut.
_________________

very very prosimising!. one of the biggers games on the genesis. and one of the best videogames i ever played. one player or 2, is very fun!.

hope they make something decent. and can add too new things to the mix. maybe vehicles? who knows...

I've played and heard about many great Genesis games growing up - Altered Beast, Vectorman, Golden Axe, Columns, and more but I never paid much attention to the Toejam & Earl series of games, which is funny in hindsight since I'm a huge fan of the roguelike genre, back then and now.

On that note, I'm glad it's finally got the funding it deserves. I'd love to see it come to life!

let's make that 500K at least so Latisha can return!

Greg still said that they are going to bring a paypal link soon if late people want to help make through stretch goals or to just buy addon's or a new copy of the game. Keep updated with their facebook and their new upcomming website http://tjebackinthegroove.com
_________________

^
Cool, good to know that. I wouldn't mind helping out, but I currently have no way of paying at this time, so I'm glad that an option will still be available.

While I'm very excited about a new TJ&E game, the art style just annoys me.

I'd much rather have phat thick colorful looking characters instead of the weak pencil art style. 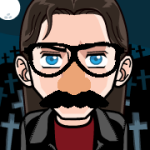 So there's an official forum for the game now:
http://www.hyperfunk.club/

And they started to show some things like character sprites samples:

iceweb38 wrote:This is seriously starting to look like the SORR V5 of ToeJam & Earl:
https://www.kickstarter.com/projects/1578116861/toejam-and-earl-back-in-the-groove/posts/1611410