How was 2014 overall as a year for gaming for you?

Yep, it's that time again. Another year has gone by and now we look at the year in review.

Overall, I'm really glad this year has come to an end gaming wise. This was just an embarrassing year to be a gamer, with many games that were hyped up to end up being disappointments, Gamergate amongst other stupid bullshit that was causing serious drama throughout the year. On top of it all, I can't think of many games that were worth playing this year. This has to be the worst year for gaming since 2003 IMO.


My Game of the Year for 2014: The Walking Dead Season Two
One of the very few games that was worth playing this year. It keeps the spirit of the original and still has an engaging storyline with new twists and turns in it. It wasn't as good as the first one and some things bothered me in the game, such as...

TWD2 Spoilers:
...how fucking reliant the adults were on a 10 year old girl. Good thing Clem came around when she did, or none of them would've made it out alive past the second episode. Don't get me started on the Russian kid either.

But overall, it was still a really good game and I enjoyed the ending a lot.


My Runner-up for 2014: South Park: Stick of Truth
This game is surprisingly fun. If you have ever played Paper Mario before, then this is pretty much a spiritual successor to it, although a bit more raunchier than that game was.

Unfortunately, I haven't beaten it yet. But so far, the game is incredibly fun and fucking hilarious too (probably helped that Trey Parker and Matt Stone wrote and oversaw the project themselves). It's been awhile since a good turn-based RPG came around and it's the first good South Park game out there.


My Biggest Let Down of 2014 (due to the rules of the topic): Metal Gear Solid V: Ground Zeroes
Not my real one (as you will see below), but this is good enough for a let down. I was incredibly disappointed with Konami releasing a 40 minute demo and charging $20-$30 for people to play (originally $40 for PS4/XBone versions). This should've been included with The Phantom Pain when that eventually comes out and this was just a blatant cash grab by Konami. Awful, awful movie by Konami here.


My Biggest Let Down of 2014 (what I really feel): The Gaming Industry as a whole
I have already went into a bit at the start of the topic above, but yeah, I was really disappointed with the whole industry this year, on all sides (gamers, journalists, and developers). I'm not even sure what gamers even want for themselves anymore and I feel that they do make an incredibly big deal out of something small. Gaming journalism is incredibly corrupted as we saw with the whole Gamer Gate thing. The ones opposing the industry like Anita Sarkeesian putting a bad name on gamers and games alike and the whole industry retaliating against her in the worst way possible that makes everyone on all sides look incredibly bad. And once again, developers like Konami, EA, Sega, and Capcom fucking with their customers by doing some shady shit with their games. Hyping the shit out of games only to turn out to be complete ass when released (Watch Dogs). And just the lack of good games for this year period. It was just an overall embarrassing year to be a gamer IMO.


My Most Anticipated Games for 2015: Metal Gear Solid V: Ground Zeroes, Xenoblade Chronicles X, The Legend of Zelda Wii U, No Man's Sky, and Mortal Kombat X
Well, I said in the last topic that 2014 was looking like another great year for video games (LMAO), so...I hope all these games that I was looking forward to this year actually come out next year.

There are more games than I listed here that I am looking forward to, but these are easily my top 5 that I can't wait to play as the next year comes in.

Yes, that might mean I have to buy a Wii U, even though I still diss it (oh wait, I actually said this last year, hope these games actually come out this year).

I think, this year was awesome. Cause were too many releases: Far Cry 4, Assasin's Creed Unity, Watch_Dogs, GTA V Next Gen. And this we're gonna wait for Halo 5, PC Edition of GTA V and Serious Sam 4; this year me and my friend are plannin' to make our own game in GameMaker.
_________________
Here he is! Amerikansky! 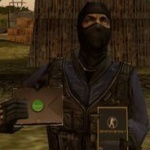 So, my Game of 2014 Year is Anarchy Arcade. Yeah, I know it's an early version, but this is very good and fun. In Steam this game is free, so everyone can download it now. In Anarchy Arcade we can spawn anything: from chair to real arcade cabinet with your own design. You can design your arcade cabinet in some styles of your Steam Library Games; another bonus games; images; workshop games. And in Workshop you can find Half-Life 3 Arcade Cabinet. And play it, cause when you design cabinets in some games styles, you can play these games. Cool!

My the coolest Runner-Up is BIT.TRIP Runner. This is very funny game with unknown protagonist. «Run!» told me.

My the biggest Let Down is Pahom's Nightmare Update for Green Elephant. Cause what did it get? Nothing.

So I'm gonna bump this topic with my review which I didn't have time to write.
This year has been kinda funny for me, that has to be the first time the most memorable games are HD remaster of games I've already played and cherished.

My Game of the Year for 2014: Final Fantasy X/X-2 HD:
An awesome HD Remaster in which Square took a lot of efforts to recreate the assets that were lost and improve the graphics to make the game even prettier (even the US is much more classy! XD) than it was back then as well as a whole rearrangement of the OST which sound mostly nice!
I like the fact that they're including every content that were made in the updated versions that got released only in Japan and EU for everybody this time, including english voice acting with the original voice actors for the scenes that were only in jap before. Not to mention the new FFX-2 aftermath audio story that got added as a bonus.
It's a nice fanservice move that's been proceeded with a lot of care and I hope the FFXII fans will get the same treatment that we FFX fans got.

When Capcom revealed the day after my 25th birthday that Resident Evil remake was getting a HD remaster, I got very excited that my all time favorite game was gonna be back but OTOH a little worried as to how they'd deal with a game that has pre-rendered assets at 4:3 / 480p to make it look good at 1080p on 16:9 format.
Got the game early on December 2014 and gotta say I haven't been disappointed.
Capcom did great at upscaling and treating most of the prerendered assets, even going as far as recreating some of them from scratch with a lot more polygons. They also took care of improving the 3D models, the lighting and the facial animations which now look even better!
The result is a 2002 game that still hold up every well in 2014/2015 thanks to an impressive graphic setting back then that got glorified with a careful treatment to look even better now, aside a very very few technical flaws.
The fact that they included new costumes from RE5 and some nice options like new controls, leaderboards, gallery and a big set of trophies/achievements is def icing on the cake and makes it the definitive version, now available to most of platforms!
I'm glad the game can get the success it truly deserved back in 2002 and that the Gamecube exclusivity probably didn't help for.

Honorable mention: Walking Dead : Season Two (Telltales)
The 2nd season of the brilliant Telltales TWD series got me hooked as much as the first season.
Having Clementine, a kid, playable in a merciless world such as TWD was certainly a daring decision that kinda went well up till the end of the season.
Unfortunately, I felt like the whole season was a bit lacking compared to the first one, episodes were shorter and much more straightforward which certainy induced some missed characters developement.
The fact that the 400 days DLC actually brought nothing to it probably got me more frustrated.
That said, the story was still very powerful and heartbreaking and it's probably the first time that a video game ending had me THAT upset and regretting for some days because it involves some heavy decision that, in every case, is both good and bad on their own way. That's probably one of the most brilliant way I've seen a game hading its ending.

Another honorable mention: Bayonneta 2
...which unfortunately I wasn't able to play because of the WiiU exclusivity but it's probaby one of the best sequels a game could ever hope to get. Hats off to PlatinumGames!

My biggest let down : Sonic Boom
I haven't actually played it but the tons of bad reviews I've been reading about the WiiU got me very disappointed.
I thought the character redesign was actually daring and brought something fresh into the franchise and the whole game looked actually nice with its 4 playable characters system (I loved Sonic Heroes and it was definitely similar to it) and its universe.
Unfortunately, the actual game was apparently rushed in a Sonic 2006 fashion way and ending up being a complete mess.
A really big disappointment as I had the urge to play the game.
The 3DS game also had panning reviews but the demo I've been testing was actually decent so who knows, that one might turn out better than expected hopefully.

My most anticipated games for 2015: Monster Hunter 4 Ultimate, Resident Evil : Revelations 2, Mortal Kombat X, Zelda Majora Mask 3DS, the next Ace Attorney game (hopefully getting localized here).
The first half of 2015 is already gonna be very busy, can't wait for those!
_________________