On the other hand, Data Discs added two new OST on vinyls:
Revenge of Shinobi and Panzer Dragoon hi everyone!. and happy new year

hi to all guys/girls. i was out for a long time. and i get back wanting to wish to all of you a happy new year.

to vecta: man, im so sorry about what is happening to mexico due to this crap of retarded donald trump. and for the usa people who not vote for this idiot.

i will talk you about "Dross. a venezolan youtuber that speak spanish and that have 10 millions of follower subscribed to all his shit.

dfuring many years, he was an interesting, smart and good youtuber.... doing really interesting videos.

HOWEVER... when he doent know about what talk... he started to do horrorful and terrible videos of gore.
"top the worst accident on the magic story", creepy psicho photos of a young girl before kill her, the last 911 calls to september before the tower collapses and kill the poor man calling for help, other 911 grotest calls, and more shitty and gore stuff like that

their followers, are mostly stupid retarded young guys and "rat kids". who care a shit, if the people on those videos was families, or that these images ARE REAL. not a fuckign movie or fiction. REAL.

until now, he was doing videos like that, sometimes. when he doents know what to do for takes the people attention.

also, this egocentric person, who never allow others to do criticism against him, has invented other things like lie about a creepy clown following him on second life. (one buyable bot that later was reported was normal and not was a person).

NO. he was only 12 years old. and after suffered abuses for his stepfather, born on a poor family and has a yunkie mother, she was in treatment and ending like that.

so... the stupid not only uploaded to youtube a video doing criticism on something but SHOWING THE SUICIDE (when he dont shown the sheraton suicide of another girl video saying "for respect to his families").
that also... he lies telling a WRONG story, only for capture the people attention and win many money with the partner.

and even i was about to do a video telling this and showing how disrespectful was this mad gore lover.

who even did the video just the NEXT DAY after the suicide. is increible!!!!. how this shit man can have millions of followers doing shit like that?

the next day after youtube erased the video, AND THEY EVEN DONT STRIKE HIM! (for be one of the most important youtubers), after all this truth about the girls real history was knew, dross said this on his website "el diario de dross":

"it looks youtube erased my video. well, i hope could downloaded the video".

incredible people.. this is the fuck retarded young rat kids and boys we have today... and this mad dross, the gore lover, finally shown his real face without the mask he was.


i erased this specially for vecta too. cause he speaks spanish and also knows what im talking about. can you believe this? well man, thats it.

Yeah, the situation in Mexico is seriously fucked up: a weak, evil moron of a president we have that decided it was a great idea to pump the prices of gasoline to exorbitant levels, then the bully fuckwad that Trump is which practically they're threatening us like the weaksauce of a country we are (mainly our piss poor joke of a government)... I revoked my plans to go back home this Chinese New Year and instead decided to chill in Malaysia cuz... well, shit's fucked up back home.

And about Dross... well, I never gave a fawk about him, so fuck him anyways.

I just got new laptop after old one dying

right now I had transfer my files from old to new (It been long time because I havent make sorr mod without mouse). Fun may go on, hopefully you want me to let you my few stages from BK1 and BK3 beta stuff and stages. >_>

BTW, did you notice my beautiful profile pictures, my signature and all my post in the forums now have a lovely image of Photobucket extorting me to fork over $400 USD to keep using my 3rd party hosting? Well, that's what's up, now Photobucket can go and eat a fat dick full of mayo cuz just right now they fucked 13 years of work in the Internet. Luckily, I still have the images uploaded there, so I can back 'em up in my drive and upload them somewhere else but... basically, everything I've been using in the last 13 years (yup, using this site since 2005) is gone to shit.

That's pretty strange, I think my Photobucket is still working, or at least the avatars I use on some sites seem to be fine.

EDIT nevermind Photobucket just sent me an email. FFS Photobucket what are you doing, everyone's gonna abandon it. 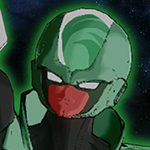 Sshadow5001 wrote:That's pretty strange, I think my Photobucket is still working, or at least the avatars I use on some sites seem to be fine.

EDIT nevermind Photobucket just sent me an email. FFS Photobucket what are you doing, everyone's gonna abandon it.

Yeah I had the same email, I would use Google Images now a lot safer and free to use.

Imgur has been my favorite to use for awhile.

hi. this is a little dead right now, isnt?

many time has pased and i been busy. leaving a bit all this, sor games, pc, and even internet. now i only play metal slug attack, my first online game. and it takes you so many time, including my study/temporal jobs time.

so, i even buy a brillant rapsberry pi3, with emulators and arcades, using a linux system, but i barely played with it. ;(
(not to mention that i dont have idea how to operate this from my windows 7 to add sor hacks there

. sure i need such a linux emulator thing...

however... i liked to pass over here, and salutate you all!. how going there you guys?

Yo, I am still alive but lazy to make sorrmaker :U but I am enjoy playing other game such as Overwatch and Paladins (overwatch "clone"). I might be evil to "throw" enemies out of map to death :U

Played Undertale for the first time other day and it's just left me in awe. What a fantastic game.

It's hardly even a game, more an experience. The soundtrack is just simply amazing, one of the best evers for me. All composed by a guy on his own.
_________________
I don't suffer from insanity. I enjoy every minute of it.

So, yeah, the Coronavirus has been a thing for a while now. Where I am, in Jamaica, there are 15 confirmed cases across the country to date. (I'm not sick, by the way, but our office meetings have been severely curtailed due to bans on public gatherings.) What's the situation like where you all are?
_________________
If someone presented a life-saving, destiny-deciding truth to you, and it went against your personal opinions, would you accept it or reject it? - food for thought

Here in Germany, we're just passing the number of 10.000 confirmed cases of Covid-19, and things seem to escalate with every passing minute. I live in the area of Frankfurt, and compared to last week, it's a ghost town now. My employer's gearing up to shift staff to home office duty, while government is contemplating national lockdown also. Most people i interact with daily seem to keep their cool, though.

But what puzzles me is the constant rush on toilet paper. Sometimes it seems like there's an even bigger demand for toilet paper than for food - what's wrong with that picture?