Hey guys! I finally finish my first mod. How do you like the new mod? What should I work on? What should be added or done?
I fixed my previous bugs:
1 Some layers, not even all, disappear from the level map. (Not corrected. I made an alternative solution.)
2 Some locations end in the middle or at the beginning. Although I have no end, there are enemies, but the location for some reason ends. (Fixed.)
3 bushes, objects do not descend until the end. I tried to make the size 320X240 - it did not help. (Not corrected. I made an alternative solution.)
4 asked the enemies to jump in, then removed the option to walk, but for some reason the enemies jump from the sky for now, rebooted, rechecked (Fixed.)
5 Does the bot always stand on top of the player at the beginning, in narrow and small places does it go beyond the location? Need more walking space? (Fixed.) 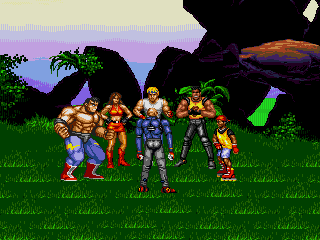 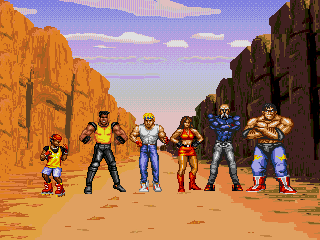 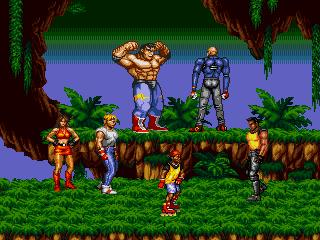 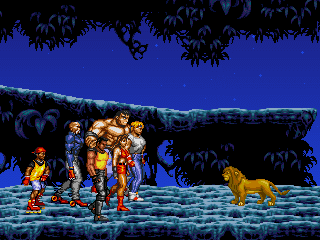 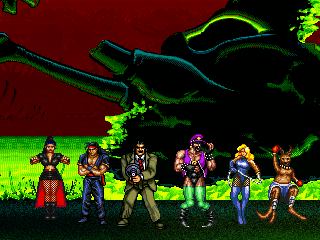 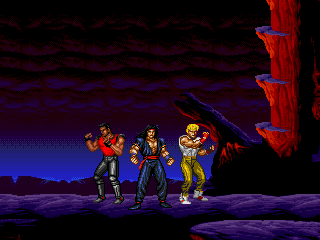 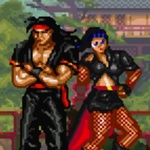 cool can you post those streets of rage remake char sprites?

Rain wrote:cool can you post those streets of rage remake char sprites?

But those are just the standing sprites where are the rest???

Rain wrote:But those are just the standing sprites where are the rest???

My opinion about this MOD 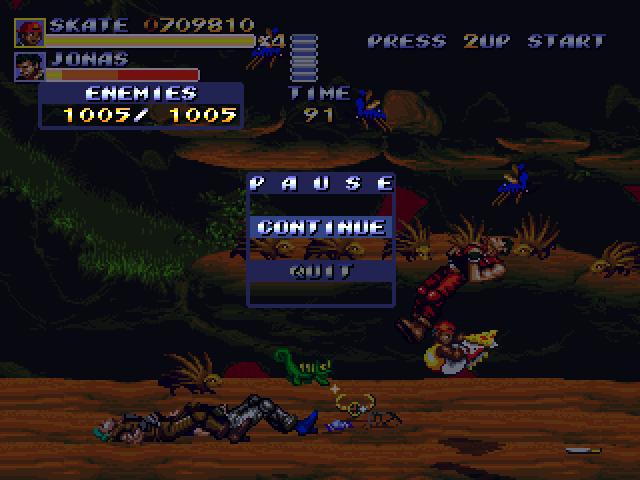 Persephone wrote:My opinion about this MOD

wow that it alot of them

You have not gotten to the later stages of the game where you get to face off against...tons of Yamatos spamming their shuriken that under the v5.2 mechanic, would stun you for like forever and kill you, tons and tons of robots, a level filled with jets, and the final level that had a section filled with Shivas and Rudras. But yeah, because the earlier part of the game was so easy, I racked up so many lives from points that the later levels killing me wasn't too much of an issue. Still ended up finishing off the entire game under Mania 1 life start with 9+ lives remaining with some breaks (because this mod is way too long...)

Agreed. This mod is way too long and repetitive. Took what felt like 2 hours to finish. Other mods have replay value but this one I won't be touching again.

As I played SoR Remake, I tried the new mod based on the Genesis version of Disney's The Lion King and it was designed differently for a beat-em-up environment (the original was a platformer).  I played it a few times and it was challenging at first, but I eventually got the hang of it.

I managed to complete it within a few sessions; it also showed a vertical scrolling slideshow montage at the end, along with an awesome picture of Rafiki holding baby Simba aloft on Pride Rock, ending the sequence with a type of mash-up picture.

Now for a back story related to the project I just downloaded.  But I liked how the mod was designed in a special way, so I, Mr.Chewy-McFluffster2010, would like to contribute my report about this mod to everyone in the SoR Remake community forum:

-+-
It was the mid-1990s, when I still played games on my Genesis console (which was called the Mega Drive when it was sold outside North America); I was lent a copy of The Lion King to play on it.  It was a smashing title when it was released that time, although it was one of my favourites, next to Sonic The Hedgehog.  I played a few levels and it followed Simba's adventure in rural Kenya just like in the original animated film.  Some of the voice samples from the film were notable in the original, but they were all left out of the mod for copyright reasons.

Despite the live-action remake released in 2019, Disney also released live-action remakes of other titles in the past, including but not limited to, The Jungle Book, 101 Dalmatians, Dumbo, Mulan, Lady and the Tramp, Aladdin and Beauty and the Beast.  Many fans remember watching it on different viewing platforms, including Disney+, which became popular during lockdown as well as traditional physical media in most countries including the United Kingdom, United States, Australia, Canada, Spain, Italy, France and Germany.

Because this is a Streets of Rage Remake forum, I will now revert the subject back to talking about mods for use with SoRMaker: In the mod, it follows the Streets of Rage cast's side of the story, as they are given tips from Simba during their adventure; though his name might be a Swahili word for 'lion' (maybe Disney did not realize what to name said character during the development of the movie, which was also a Broadway musical).

According to the list of music entries featured in the original game's sound test menu, the songs "Bonus Stage 2" and "King Tag" were finally used in the mod as The Cutting Room Floor website explained why those songs went unused in the original Genesis version.

Concerning about the enemy placement, many of them were too close to each other, making it a difficult time for the player to defeat all of them at once.  Whoever created the mod, namely ShivaLovesRudra, should try to update it and space the enemies out or, even better, to place restrictions on enemy appearances regarding to the difficulty settings.  It would also help if an extra police call item (identified by a car icon) is to be placed in some scenes.

As I am focusing the music subject heavily on The Lion King's soundtrack, the Genesis version's songs were covered by then Krysalis Software music composer, Matt Furniss, while Shaun Hollingworth (often credited in most games as S. Hollingworth) was responsible for programming the audio driver when Disney Interactive programmed the game alongside Virgin Games and Westwood Studios; the Super Nintendo and Game Boy versions along with many others were nearly as identical to each other but some changes had to be made.

Also when listening to the soundtrack, it captured the atmosphere of the Disney masterpiece.  The songs featured in the soundtrack such as "Circle of Life" and "Can You Feel The Love Tonight?", were originally written by none other than Sir Elton John, who performed his classic hits in the late 20th Century, including a re-write of "Candle in the Wind" as a tribute to the Princess of Wales, who passed away in a fatal car crash in France back in 1997.

Furthermore, the music samples created for this mod were converted into the Vorbis OGG format and in order to hear them, the "BGM Source" setting should be left at "OST" (or Original Sound Track) and adjusting the "Music Volume" to a decent amount, about at least 70%, for best results.

The sprites from the original game, courtesy of RadSpyro, were used as background elements for many scenes.  They accurately portray the 16-bit designs as gamers explore the virtual African savannah in a totally different perspective.

Before this mod actually existed in the past, which was recently created, I should have thought of working on one of MY mods, namely The Diabolical World of Disney, where Axel and his pals explore the scenes from various animated Disney movies when they get invited to Mr. X's film event.  Once I create a few levels of TDWoD, if I am able to resume my work on it, I may release a demo of my project on my OneDrive account for anyone to try.
-+-

That has been my report on The Lion King SoRR.  It was a super adventure and some people, like me, found it challenging.  If you are reading my report, ShivaLovesRudra, I am totally proud of your work.  Eventually, I might get mentioned in the credits pages of future mods if I could make a contribution such as graphical material including custom fonts for cutscene sequences.

This post will provide plenty of reading and this might help other players get involved in creating more mods.