I'm glad to announce instead that Path of Shadow Dancer is finally ready for release.

Started last year, Path of Shadow Dancer is a mod that serves as a tribute to the Megadrive/Genesis Shinobi series with stages from those games mixed with new stages to make a fitting adventure for our 6 favorites brawlers.
Many kind of stages are awaiting you as well as complex platforming parts.

- Two possible paths in the game, with different stages and challenges.
- One ending only.
- Alternate soundtrack inside the game for those who are interested.
- Police not available.
- One stage will be a maze. Each room features up to 3 doors. Some are filled with traps as well.
- Extra lives are hidden in the SOR2/3 fashion way.
- Bonus rounds every 2 stages. You'll be explained what to do at the beginning. They are not canon in the story of this mod.
- There are unlockable bonus stages in the Extra archive. In the very same way than Way of Warrior, the mod produced by thenomad, you need to find a password in the game. You cannot miss the password no matter which path you took on stage 3. I may give some clues later if nobody figures that out.
- Platforming stages are Max-doable. But keep in mind some stages and in particular the port area will be harder to progress through with the likes of Max and Axel who are lacking in jumping skills.
- Most importantly, RUN MUST BE ENABLED or you will not be able to complete some stages.

-  In the maze, in some rooms, you'll see doors but you won't be able to use them immediately until you've cleared the room. Except for the room with the crushers, every room with 3 doors features a free camera that is available once you've reached the locked camera (the locked camera is usually on the last door). Before and after beating every ennemy in the room, the camera will be then free but be very careful coz once you cross the part that was locked by the camera (and that will generally lead to a wall), you'll be forced to take the last door. Hope this'll clear things up.

To conclude, I would like to thank everyone for your constant support and also for adding to the SORmaker community and knowledge. You all helped me out on this.

Spoiler:
V1.01
- stage4c: fixed McBride placement who was positioned on a green area and thus could not appear and prevented the player from progressing.
- stage4h and 4j: removed possibility of police call and specials.

V1.02
- added shivax.pal file so Shingen's name would actually appear during the fight against him. Was a mere omission.

V1.1
- Stage 6 (the labyrinth) has been made easier and less punishing with the following changes:
* reducing the ammount of ennemies (by deletion or by making them exclusive to 2P mode or VH and harder modes) as well as reducing lifebars of some ennemies in most of rooms.
* some rooms have different destinations so they don't lead to the very first rooms anymore or are less punishing.
* the doors that will be taken by default because of the camera will be colored differently (purple) so that if you see them, you're invited to step back a little in case you don't want to take those after beating all ennemies. The purple colour is in no way an indication to what the correct path is.
* fixed a graphical glitch in a room
* the correct path to take still remains as it originally was.
* the number of rooms also remains as it originally was.

V1.11
- stage4a: fixed a Big-Ben (exclusive to VH and harder) placement that was popping up instead of appearing off-screen.

graylandertagger wrote:To anyone still having trouble with the maze i've written a list of directions in the spoiler bar below.  The directions are ment for the patch version, but I think it should work for the unpatched as well.  The maze agitated me so much that I felt it should have been completely removed, but now that i'm past it I can go on.

Spoiler:
1st room:Just take the door on the right.

2nd room:Last door on the right.

3rd room:1st door on the right.

4th room:Last door on the right.

5th room:Middle door on the left.  If you meet the 3 haku-oh, you need to head completely to the left beofre beating every ennemy to get the freeflow camera.

6th room:Just take the door right next to where you start.  Before you can you'll have to clear this area out completely.

I was really pleased with this mod: a Shinobi mod in the vein of Turtles in Time or Final Rage would have been good enough, but this is a very solid mod on its own. Very entertaining, with great music (Koshiro, of course!) and good challenge. I just don't like the labyrinth, but I never did even in the original version!

I guess that's why I made my own labyrinth pretty easy to beat in my mod.

I am unable do dowload patch 1.2

Yeah same here charco I would advise against using rapidshare now they have made changes and gone shite, putlocker is now a great service provider.

Oops, sorry for being late. Here's a new link for the patch:

I really appreciate your interest in my mod and would like to apologize for the wait. Hope you'll have fun

Pros: I really liked how the soundtrack was put together. The scene translation from the games to the mod was beautiful. Enemy placement was challenging, but ultimately fun.


Cons: Some of the platforming sections were frustrating as hell, and I had more than one incident of being anti-air'd to my death after trying to jump from one section to the next. One thing that I really felt needed a change or to be taken out altogether is on of the main labyrinth rooms with the floor traps and factory presses. If you make your way to the correct door and you die at the last section, you'll automatically hit the traps once the game puts you into auto-pilot to enter that door. Unnecessary damage/loos of lives

I played the mod this morning. The platforming stages are very hard, as the end of the plane (stage 4). About this one, I noticed a bad mapping. In the second scene (I believe), I can walk on the wall.

That was a great run indeed, love how you handled the turnpike and the fatal maze!

That reminds me that you're advised to play with the original version of SORRV5, without the patch, as the fact that the ennemies safe back jump got removed triggers more glitches in the platforming stages.
I'm only to blame, since the engine wasn't supposed to fully support the kind of platform stages I produced ^^'
_________________

Hello and thank you for this mod Iceweb38!

The 1.12 patch download link doesn't work anymore, can someone upload it again please?

I owe you guys apologies, I saw that request but completely forgot to do something about it.
Here http://www.filedropper.com/patchpathofshadowdancerv112

I'm glad some people are still taking interest in my mod. With the last 5.1 patch released, I'm sure there's still something to do with the mod in the near future. Please bear with me

Thank you very much!

Could someone reupload the v1.12 patch again? Filedropper poofed out on me too. :<

I didn't manage to play with the patch, the beginning cutscene redirected to the title over and over. Checking through the Sormaker executable, it appeared that it hadn't any maps. Should i overwrite something?

Did you play the patch alone?
You're supposed to download the whole game and then use the patch files to overwrite the game files.
_________________

Today marks the 3rd birthday of my mod release so I ask, what's the best way to celebrate it?

By releasing a new update!
Been working on it since April, the 2.0 version features many changes and improvements that take advantage of the recent 5.1 patch found last October but also some graphical changes and improvements that are very subtle (that is, don't expect major overhaul).
You'll see that now, the platform stages should be less frustrating than before.
Ennemy placement remain mostly untouched and the labyrinth has the easier patch made previously directly installed this time.

I also added two extra stages in a new pack Extra 2 that needs to be unlocked the very same way as the first Extra pack. To get its password, you'll need to get the password of the first Extra pack as intended (meaning: no cheating!), the 2nd one will appear on the way, you'll see.
And this time, it's gonna be far harder to cheat that one out!

For a reminder, here's the list of all the hints I posted:

you cannot miss it if you're in the right room.

Charco: yo Icey, that mod was really cool!
Iceweb38: Thanks man, really appreciate.
Charco: I really love the easter eggs you put in your stages
Iceweb38: yeah, I had great fun including these. Which one is your fav?
Charco: I like the fact you meet white Ninjos called Musashi, definitely gets along with your mod
Iceweb38: yup, you meet 8 of them in a playthrough, one per stage.
Charco: ah I see.

''Sometimes you just have to punch your way through."

What is essential is invisible to the eye

I also would like to take the opportunity to thank all of you again for playing it even 3 years later! It amazes me people are still interested in it and ask me about things!

Downloading this. Can't wait to try it out!

MUUUUUCH better. The new additions to 5.1 really do make this mod a lot more bearable and more enjoyable. The mod feels so much more balanced now.

We have already talked about what to improve on (minor things) elsewhere, so I won't go over them again. But they are so minor that they aren't a major problem with the mod. Good job ice! 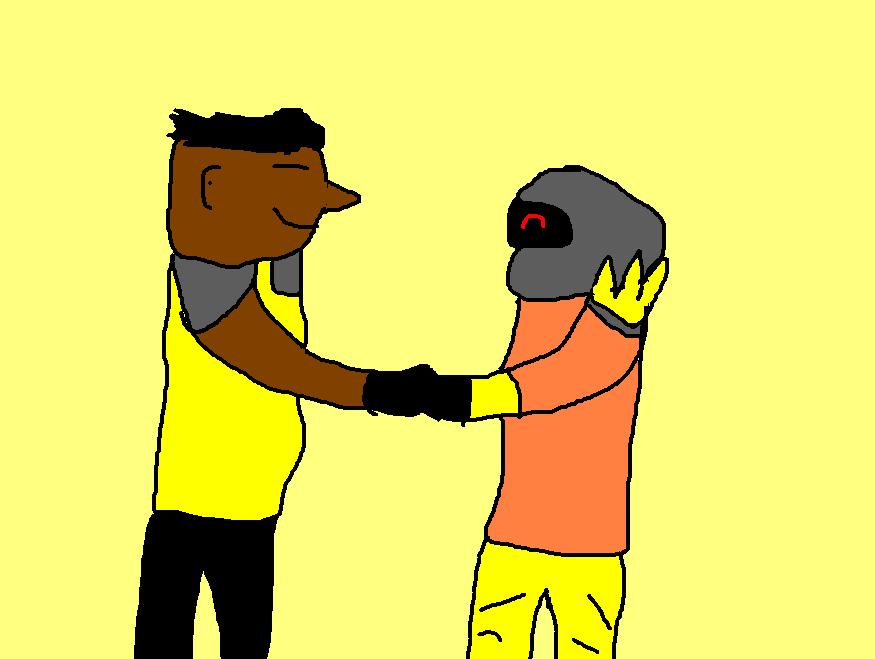