Run vs Buffer: In Depth Analysis

Run vs Buffer: In Depth Analysis

I-Introduction:
I'm neither here to judge anyone or to be nitpicky, and I'm not here to say, "I'm right you are wrong" or "this is the fucking way you have to play the game" because this is useless, and flamewar is just pointless. If you read this topic, you will notice that there is no "ultimate setting", just one that fit better your playing style and your character.

I'm here to stay factual, and try to help people who want to have a better understanding of the mechanics of one of the best side scroller game ever to be made which is : "SoRRv5".
This game Kick Ass, and the more we know about it, the more we enjoy it (This is my opinion though!).

All this FAQ assumed your character is facing the right side of the screen. (The P1 position in fighting game).

can trigger Running stance, but

On a side note, a Dash is linear and his curve/lenght is limited.
KoF 94 feature Dash, Street Fighter IV also.
Alien vs Predator (CPS) feature Dash also.

SoRR is like KoF96 groove Advanced, or Cadillacs and Dinosaurs and feature Run.
The Run is not limited which make him pretty different and less risky than the Dash.
As long as you hold the direction, your character run and you can stop whenever you want.
In a word: safer (especially in SoRR since there is not a big recovery to this action).

Dash does not exist in SoRR, whatever the setting you choose.

Once again, you can use the term Dash if you want, I'm not here to judge anyone.

Terminology:
Run = a stance that can only be triggered by double tapping a direction during active frame in SoRRv5
Buffering = a mechanics that permits to use inactive frames to input a command.

perform a Blitz attack even if your run ability is turned off in the option and whatever the blitz option you select (X Blitz or B Blitz).

buttons can't be buffered during inactive frames in SoRR (only direction).
There is an exception though with the "cancel" (the main string of your character for example, each move can be cancel into his follow up thanks to the cancel window, which is a buffer).

Grab = the animation that is triggered when you input :right when close to a character.
Throw = an attack that can be triggered once you have grabbed an opponent by inputing the right command.

can't be buffered/inputed during a grab whatever your option setting.

In SoR2, there was no run, and you could perform blitz thanks to the buffering mechanics (still avaible in SoRRv5)
In SoR2, there was a huge buffer window which permit you to do things like this without moving:

Thanks to the buffer mechanics (still avaible in SoRRv5 if you set SoR2 Combo Type) the game will perform:

Why? Because inactive frames can be used to buff

without making your character entering in "the running stance/state" even if your running option is enabled!

If you use SoR3 Combo Type, your character can now move (

) between attack (since the inactive frame are Shorter, the buffering window is shorter too) and so the distance for triggering grab become "larger".

On another side note, you need to enter the "running stance" to perform "Hyper Jump" in SoRRv5.
Doing

during inactive frames will not trigger the running stance and so you can't access the "Hyper Jump".

If you use B Blitz setup,

perform "the stars move".
If you have two stars, then it will do your "2 stars blitz" in both case.

If you use X Blitz setup,

perform the "the Blitz 0*"
If you have two stars, then it will do your "0 stars Blitz" in both case.

If you use X Blitz setup,

X perform nothing
running X perform the "stars move"
If you have two stars,
it will perform "nothing" while doing

X ,
but it will perform your "2 Stars Blitz " while doing running X.

Wondering:
Is X Blitz Better than B Blitz?
Is Combo 3 Type Better than Combo 2 Type?
Is Sugar better than Salt?
I don't know lol. What I know is this:
they both have advantage depending on the character you play and your playing style.
I like using SoR2 Combo Type (bigger buffer for combo, but no "easy" grab) + Run enabled and then:

When I play Blaze 2, I like B Blitz since I can perform my Blitz 2*/3* in combo by using the buffering method (

) without the affordance of the X then manual input and I can still unleash my stars move while running.

When I play Axel 2, I like X Blitz since all his stars move are situational.
His blitz 0/1* need a peculiar distance to unleash their full damage. (Like Clean Hit in Tekken / Close Hit in DoA).
His blitz 2* is his "all around safe with weaker damage" but sidestep low (can't be used if there is a pit in the foreground).
His blitz 3* is only usefull for wall trap or blocking opponent but still very unsafe! (very rare that I use it).

(no need to run to perform it).

You can still perform them with running option turned off, which is not the case of the "running X Blitz" as seen previously.

I will call them Running Special in this FAQ since this is the most popular term, and I'm not a douche!

Off Special are triggered by pushing

Running Special are triggered by running

Off Special are triggered by pushing

(for obvious reason if you understand the game mechanics! ^^ )

Weapon Special:
They are only triggered by inputing

with the convenient weapon.
That means depending if your character benefits of a Running Special or Not, you lose your regular Off Special or Not.

Example:
Axel 1 has no Running special, so when he hold a Katana, he can do either

to trigger his Katana Special

to trigger his Off Special

Axel 2 has a Running Special, so when he hold a Katana, he can do either

to trigger his Katana Special
running

to trigger his Running Special.

Axel 2 lose his Off Special when holding Katana which is not the case of Axel 1.

I used to play KOF competitively many many years ago and kinda got used to input buffer commands quickly in order to pull out combos (anyone who has played KOF knows what I'm talking about, especially since the speed of the game is fast), thus, I kinda got used to pull a buffered combo with Rudra in SOR3 Combo type and combining it with her Blitz. B B B > > B without missing a frame. It is possible but you need basically good command skills.

However, I find extremelly difficult to make combos using the X star moves unless I'm using a gamepad that allows circle moving (in keyboard is virtually impossible).
_________________

Very interesting answer since you point something I didn't even think to! Keyboard.

Definitly, there is a lot of parameters to count with.

PS: yeah, buffering is a basic of 2D fighting game

"BigD[quote]In SoR2, there was no run, and you could perform blitz thanks to the buffering mechanics (still avaible in SoRRv5)

There was run, but you had to be Skate. (and interestingly enough, he would break into a run if you pressed forward while he was walking off the screen to the next scene...which doesn't happen in SoRR)

However, I find extremelly difficult to make combos using the X star moves unless I'm using a gamepad that allows circle moving (in keyboard is virtually impossible).

The only hard-casted X move that's really possible to use like this is Rudra's 2-star (down,up,X) and even then I find it too fiddly to combo it, so I tend to use it alone.

Is X Blitz Better than B Blitz?

Swapping to X-blitz from B-blitz was one of the best things I did (right up there with turning SoR3 rules off) despite the reliability issues of doing anything with the X button, it's just too useful for any character with a decent basic blitz. (and especially those with decent advanced blitzes too, as they have different situational uses)

There was run, but you had to be Skate.

And you know what: have you ever try to turn Run Ability off in SoRR and pick skate 2 just to see what happen?

As you can see, playing the nitpicky game is neither welcome nor an interresting thing. I'm someone very open minded, and very patient.

I took time to explain "ins and out" about something pretty complex which is "the buffering mechanics" and "the running state", and you just come here to say something that doesn't bring any light on the game mechanics, and you are just nitpicky for being nitpicky with a very narrow angle, and without trying to make the debate more interesting.

Nice input, I love that dude, I will go to bed with a very open mind now!

As you can see, playing the nitpicky game is neither welcome nor an interresting thing. I'm someone very open minded, and very patient.

I took time to explain "ins and out" about something pretty complex which is "the buffering mechanics" and "the running state", and you just come here to say something that doesn't bring any light on the game mechanics, and you are just nitpicky for being nitpicky with a very narrow angle, and without trying to make the debate more interesting.

No, I think I just overreacted (it happens sometime, I know it, and it does not excuse me).

I just try for once, to expose an opinion, which is not one sided...

I say it again, I think I have over reacted and I apologize to Dark Thief for this but, I don't see the point of spending time to explain "ins and out" if in the end, all I will hear is
"Playing N Blitz is the best thing since..."
_________________
Streets of Rage : Game vs Lore Analysis avaible here
http://brawlersavenue.forumotion.com/f9-brawler-analysis
"Back in our day, even real life didn't have graphics this good.
Back in our day, you had one sound effect for 20 things, and you came to love that sound effect.
Back in our day... Streets of Rage - the Classic - the Original - was the best damn game out there."
-CajNatalie-

Interesting stuff. I've always played B blitz because the X blitz inputs never seemed to work for me, and it fit my playstyle anyways(hella agressive). I will not say B is best, for there are many ways to body a Galsia, but i will say that for ME B is the way to go. I learned more about using it more effectively, though, so that's good. 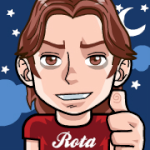 What would be interesting if to tell if you play B Blitz with what character(s) and with what combo type.
Thank you for sharing your opinion.

I use Adam as main, and secondaries are Elle and Shiva, and then meander across the rest of the cast when I want a change of pace. I usually go for SoR3 combo type, since I encountered combo ending problems(infinite loops) with Elle if using other ones. I generally have Sor3 exceptions turned off.