Hello everyone! I was wondering if there was a way to get the 5.1 version (With mods) On a modded PS3?

Masao wrote:Hello everyone! I was wondering if there was a way to get the 5.1 version (With mods) On a modded PS3?

Honestly I really doubt that it's possible to make the Streets Of Rage Remake V5.1 playable on PS3 or
any other console machine since the game(SORRV5.1)itself is a PC platform creation.
The only possible option I could imagine is if you find a hacker or game-editor programmer who
technically could converter the game in order to play it on PS3, but it's kinda more complicated process since in this case the PS3 console machine's main system must be hacked as well imo!
There's a guy on you tube called: ,,KG971,, basically he creates save editor programs for console and PC games as well so go on and ask him!.....but making a PC game playable on console machine, I am not sure of that's possible to do! 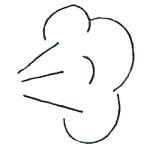